Mods: not sure what happened but the thread seems to have been split into two self driving vehicle threads... ???

Going the next level: self driving personal air vehicles (AKA flying cars). The technology is there, but does a market yet exist?

The idea of having a part car, part plane, part drone parked outside your home may not be as far-fetched as it seems. There really aren’t any technological hurdles to this.

We are going to have personal air vehicles that are both cars and planes, at least that’s Missy Cummings’s vision of the future. It’s basically the intersection of a drone with a robotic car, so that your plane is also your car, but the big leap in technology is that you are actually driving neither, says the Associate Professor of Aeronautics and Astronautics at the Massachusetts Institute of Technology.

The reason why drones are the answer to the future is that the truth is we are terrible drivers. Humans inherently have a half-second lag in almost any quick response that they need to have, like a ball rolling out in a street or seeing an aircraft in the sky and you have to take evasive action. Even a half-second delay can mean the difference between life and death, and computers and automated systems don’t have that – they have microseconds.

So, our transportation network of the future, both on the ground and in the air, will actually be safer when we turn it over to computers.

There really aren’t any technological hurdles to this idea, says Cummings. The biggest hurdles we have are psychological and cultural, in terms of giving up the car. But no new tech needs to be developed to have your own personal flying car. What we have to do is improve production and reduce manufacturing costs, and what that means is that we need more robots. So this is almost a self-circular process, where we need robots to build robots to make them cheaper.

Should we worry about the machines rising up and taking over? No, what Cummings says she is worried about is hackers and terrorists who want to do wrong. One of the things she is working on is trying to develop technology that allows any flying robot to be able to fend off any attack and be able to navigate itself without any GPS or any other external signal.

There are lots of different possibilities for what your personal air vehicle could look like. You could own your own in your driveway or garage, and you could jump in it. Or we could have a shared network like the plane version of Zipcar. People should be excited about this: it promises much in terms of safer travel, and in parts of the world where the road and air networks are poor, people will be able to get the goods and services they need.

So, when we look at globalising this concept of personal air vehicles, it means we will see the quality of life improve dramatically for everyone around the world.

More on why self driving vehicles would be a good fit for the military. Sending people on taskings in a self driving would reduce the risks of accidents and injury to our personnel, not to mention civilians or other forces sharing the roads:

So tweeted tech venture capitalist Marc Andreessen after the crash that injured and killed comedians traveling on a New Jersey highway with Saturday Night Live star Tracy Morgan earlier this week. More than 90 percent of all traffic accidents are the result of human error. The New York Times is reporting the recent findings by Virginia Tech researchers who are estimating how many fewer deaths and accidents would occur with enhanced driving technologies. From the Times:

But two studies by researchers at Virginia Tech — H. Clay Gabler, a professor of biomedical engineering, and Kristofer D. Kusano, a research associate — suggest how much safer robot cars might be. They found that even cars that are not fully autonomous but which automate some of the most dangerous aspects of driving could have as big an effect as seatbelts have had...

By comparison, seatbelts have reduced injuries and fatalities by about 50 percent, and are considered the most beneficial auto safety measure of all time, Mr. Gabler said.

In 2012, more than 33,000 people were killed in traffic accidents in the United States. In April, the free-market think tank, the Competitive Enterprise Institute issued a report reviewing the effects that regulation might have on the introduction of self-driving vehicles and warned:

Policy makers must remember that their actions can produce harm. If automated vehicles are demonstrated to be significantly safer than manually driven vehicles, any misstep, convoluted law, or rule that leads to unnecessary higher costs or delays translates to increased injury and death.

The next generation will be shocked at the carnage that we tolerated during the primitive era in which people were actually allowed to drive themselves down highways.
Click to expand...

Obviously I'm all for saving lives, but all I can picture with this is me trucking myself through the mud to hook up a stuck Unmanned vehicle because I have no drivers to send into the hole during a recovery.

For field use, I think the vehicles will be in a "follow the leader" formation, with at least one maned truck and the remainder following. The other solution would be that crew is in the vehicle for duties like maintaining, manning the guns and loading/unloading, but driving is optional (and automated for the most part).

Self driving buses around the base will reduce personal requirements, but capital upgrades and increased maintenance costs may kill much of the savings.

Tesla finds a flaw in the car's autopilot when it crashes into a semi killing the driver of the car.
https://www.wired.com/2016/06/teslas-autopilot-first-deadly-crash/?mbid=social_twitter
A Tesla Model S driver using the car’s semi-autonomous Autopilot feature died when the car hit an 18-wheeler, the first known fatality involving technology that remains in beta testing.

And how do you stop people hacking the vehicles or feeding false info to the sensors?

Less than a week after the National Highway Traffic Safety Administration opened an inquiry into the fatal crash of a Tesla vehicle operating in its semi-autonomous “autopilot” mode, a second self-driving Tesla has reportedly been involved in a crash.
https://consumerist.com/2016/07/06/second-crash-reported-involving-tesla-vehicle-operating-in-autopilot/?utm_source=twitter&utm_medium=socialflow

I see semi-autonomous which seems to me the driver of the vehicle has to still pay attention and be ready to take control of the vehicle at any time.  Oops, heading for a truck so I better hit the breaks or grab the wheel.  The rumour ( I know rumours) I heard was that he was watching a movie.

Be interesting to see what charges are laid in the second case considering they state there was no evidence of the semi-autonomous system at fault.  Maybe it wasn't on and he is just using it as a scapegoat for him losing control.

Autosteer keeps the car in the current lane and engages Traffic-Aware Cruise Control to maintain the car’s speed. Using a variety of measures including steering angle, steering rate and speed to determine the appropriate operation AutoSteer assists the driver on the road, making the driving experience easier.

Tesla requires drivers to remain engaged and aware when Autosteer is enabled. Drivers must keep their hands on the steering wheel.
Click to expand...

Key word "assists". I guess stupidity is to be expected from those who do not read instructions or ask for or heed directions.

Why you shouldn't let Tesla’s Autopilot drive you to the hospital ER during an emergency.
http://mashable.com/2016/08/08/tesla-autopilot-hospital/#go7LQM71bkqz
Over the weekend, the story broke that a Missouri lawyer, Joshua Neally, claimed that the Autopilot system in his Tesla Model X saved his life when he suffered a pulmonary embolism while behind the wheel. Neally contends his Model X drove him to the hospital, saving his life.

The writer compares it to impaired driving.

How do you stop a unresponsive driver in a self driving car? GM has a fix for that.

Back to the military for a moment, DARPA is now looking at drones to escort the convoys. The ultimate result would be autonomous drones flying over an autonomous convoy to protect the convoy from autonomous threats.....

DARPA is asking for industry's help in developing a agile and mobile drone-defense system that can defeat a raid of self-guided, small unmanned aerial systems (UAS) that are attacking an important moving target like a high-value convoy.

The potential $63 million Mobile force protection project seeks ways to defend against not only today's radio-controlled and GPS-guided weaponized UAS, but also against future UAS that navigate by visual means in large groups to gather intelligence and coordinate attacks against one or more high-value moving targets.

Of particular interest is the ability to counter relatively small fixed-wing or helicopter UAS that weigh less than 200 pounds apiece, DARPA officials say. An MFP system must be able to integrate new approaches and technologies quickly, and work on ground vehicles, surface vessels, and aircraft.

The MFP program will consist of three phases, each culminating in an open-air demonstration against continuously more sophisticated threats and challenging scenarios.

An MFP system could include distributed and elevated sensors and effectors networked to form a fused air surveillance picture, be controlled for fast decisive action, and provide several low-risk UAS-neutralization options.

A top-level system MFP architecture would boil down to three steps; sense, decide, and then act using a neutralization web that integrates existing and emerging sensors through a fusion engine.

To demonstrate the system, DARPA experts will use the U.S. Army Maneuver Aviation and Fires Integration Application (MAFIA) as the backbone operating system to enable a system plug-and-play environment, and DARPA will consider only system prototypes that incorporate a MAFIA architecture.
Click to expand...

Pay a kid 20 bucks to shovel your driveway or 13,000 for a remote control thingamajig that will miss all sorts of areas

Getting there - Crew of 2 in the manned mode and 0 in the unmanned mode.

And lots of Canadian connections (Rheinmetall, L3Harris and Textron) for IRB considerations. 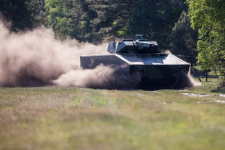 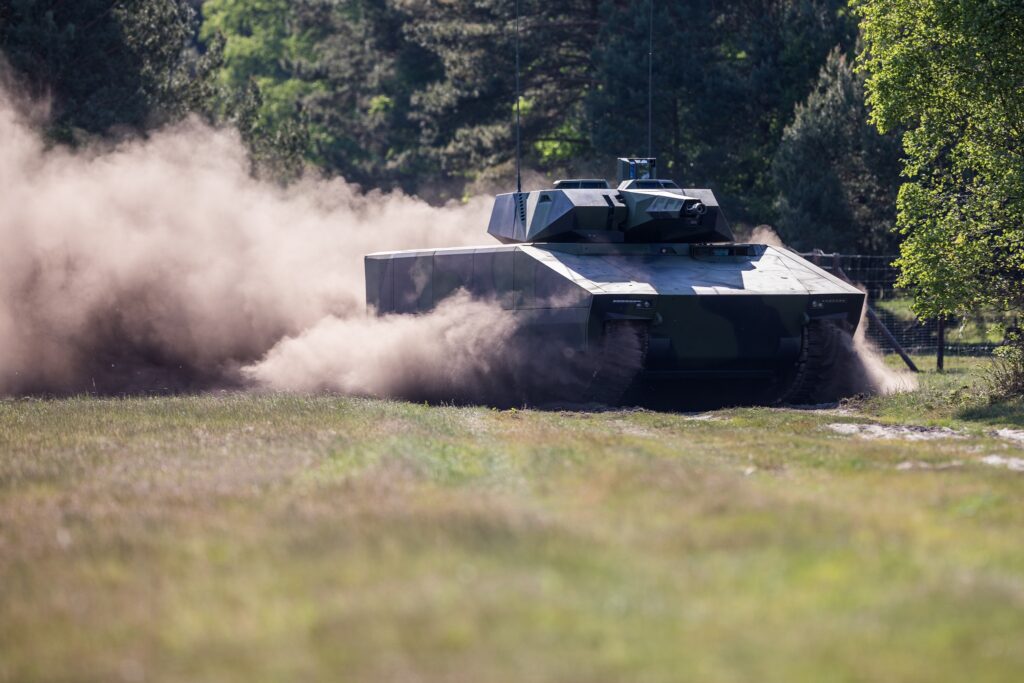 breakingdefense.com
You must log in or register to reply here.

Canadian snowbirds find creative way to get to Florida

Goodbye, Michael Jones, the man who gave the power of maps in our hands