MilEME09 said:
And some military level trolling of Russia

The Bundeswehr posted this on their Instagram last Wednesday (the day after the pics surfaced of Russia's failed crossing attempt):

Welcome back to Instagram. Sign in to check out what your friends, family & interests have been capturing & sharing around the world.

Preparing for the Very High Readiness Joint Task Force 2023 – Panzergrenadierbrigade 37 will be part of the NATO Rapid Reaction Force in the coming year. With this, the Atlantic Alliance can react quickly and flexibly to security policy developments if necessary. However, large-scale exercises are required to ensure that all the cogs mesh perfectly between the international combat and support organizations. One of these has now started with the “Wettner Heide” exercise. The first troops have now moved from Klietz and the Senne military training area towards the Bergen and Munster military training areas, where, as a highlight, more than 5,000 soldiers from up to nine nations will train together.

On the way there, the associations had to cross the Weser and the Elbe, among other things. These could be overcome via a bridge from the Amphibian M3 rapid-floating bridge or by ferry with the folding floating bridge and motorboat 3. Heavy equipment was also prepared for rail transport.
Click to expand...

The timing was impeccable.

More on the UA crossing east of Kharkiv

KevinB said:
When you say modern and powerful, you missed adding ‘for Russia’ ...
Click to expand...

rmc_wannabe said:
Also to add to that... most homes in Eastern Europe are made of concrete and rebar. There is very little timber used in homebuilding because it's prohibitively expensive compared to North America (where we have matchbox houses springing up like daisies).
Click to expand...

In the four years I was stationed in Naples, Italy ('99-'03) I only once saw a wooden house; everything else was like you say stone or concrete (being Italy not sure about the rebar). And I used propane for my kitchen stove, dryer and indoor heating (winter time) and I don't mean a gas line. You went down to the dealer and bought these propane tanks, the same as we use for our BBQs, named, appropriately enough "bombas."

Still unconfirmed but Haartez is reporting that the siege at Mariupol is over and the Ukrainian defenders are being evacuated. More to follow:

Buses Carrying Ukrainian Servicemen Out of Azovstal Appear to Signal End of Siege
Click to expand...

The unit holed up in what was the last Ukrainian stronghold in Mariupol said it was fulfilling orders to save the lives of troops at the plant, which has become a symbol of Ukrainian resistance to Russia's invasion


The Ukrainian unit holed up beneath the Azovstal steelworks in Mariupol said on Monday its garrison was fulfilling orders to save the lives of troops, an apparent sign that the longest and bloodiest battle of the Ukraine war had come to an end.

Reuters saw about a dozen buses apparently carrying Ukrainian fighters leaving the plant on Monday. It was not possible to determine how many people were aboard.

Some 600 fighters have been estimated to be inside the vast Soviet-era plant, including dozens of wounded. "In order to save lives, the entire Mariupol garrison is implementing the approved decision of the Supreme Military Command and hopes for the support of the Ukrainian people," the Azov Regiment said in a social media post.

It said the defenders of Mariupol, in the southeast, had held out for 82 days, buying time for the rest of Ukraine to battle Russian forces and secure Western arms needed to withstand Russia's assault.

The steel works was the last Ukrainian-held bastion in the once prosperous port, now in ruins after months of Russian siege that Ukraine says killed tens of thousands of people.

Since February, Mariupol's devastation has become a symbol both of Ukraine's ability to withstand Russia's invasion, and of Russia's willingness to destroy Ukrainian cities that hold out.

In a video accompanying the Azov Regiment statement, one of the unit's senior commanders, Denys Prokopenko, said: "The main thing is to realize all the risks, is there a plan B, are you fully committed to that plan which must allow for fulfilling the assigned tasks and preserve the lives and health of personnel?"

This is the highest level of overseeing troops. All the more so when your decision is endorsed by the highest military command."

Prokopenko did not spell out what action the defenders were taking. The video was released hours after Russia said it had agreed to evacuate wounded Ukrainian soldiers to a medical facility in the Russian-controlled town of Novoazovsk.

Apart from the steelworks, Mariupol is entirely in Russian hands after a siege which left residents huddled in basements with no food and water and streets littered with dead bodies.


Moscow denies having targeted civilians. The United Nations and Red Cross both estimate thousands of civilians died, with the true toll still uncounted.

The last defenders, including many who were wounded, had been holding out for weeks in bunkers and tunnels built to withstand nuclear war, deep beneath Azovstal, one of the largest metallurgical plants in Europe.


Civilians were evacuated from inside the plant earlier this month. "An agreement has been reached on the removal of the wounded," Russia's defense ministry said. "A humanitarian corridor has been opened through which wounded Ukrainian servicemen are being taken to a medical facility in Novoazovsk.

"Ukraine's Deputy Defense Minister Hanna Malyar told Ukrainian television: "Any information can harm the processes that are taking place … Inasmuch as the process is under way, we can't say what's happening right now."

Earlier, the wife of an Azov Battalion member had described conditions at the plant: "They are in hell. They receive new wounds every day. They are without legs or arms, exhausted, without medicines," Natalia Zaritskaya said.
Click to expand...

Retired AF Guy said:
Still unconfirmed but Haartez is reporting that the siege at Mariupol is over and the Ukrainian defenders are being evacuated ...
Click to expand...

Moscow Times is also saying its an evacuation of wounded soldiers.

Russia's Defense Ministry said Monday that an agreement has been reached to evacuate injured soldiers from the Azovstal steel plant in Ukraine's port city of Mariupol.

"An agreement was reached with representatives of the Ukrainian military blocked at Azovstal in Mariupol to evacuate the wounded," the ministry said, adding that a "regime of silence" was introduced for the duration of the evacuation.
Click to expand...

An interesting thread on logistics.

This from the UKR President's info-machine as of about an hour ago ....

... Regarding the situation in Mariupol.

Thanks to the actions of the Ukrainian military - the Armed Forces of Ukraine, intelligence, the negotiating team, the International Committee of the Red Cross and the United Nations, we hope that we will be able to save the lives of our guys. Among them are the seriously wounded, they are being provided with medical aid.

I want to emphasize: Ukraine needs Ukrainian heroes alive. This is our principle. I think that every adequate person will understand these words.

The operation to rescue the defenders of Mariupol was started by our military and intelligence officers. To bring the boys home, the work continues, and this work needs delicacy. And time ...
Click to expand...

... not to mention the ultimate authority, right?

Soldier35 said:
... The Azov battalion surrendered in the city of Mariupol. The wounded are being taken out of Azovstal. The commander of the Azov, Denis Prokopenko, published a video message in which he de facto recognized the surrender of the Azov. "The defenders of Mariupol fulfilled the order, despite all the difficulties, they delayed the superior enemy forces for 82 days and allowed the Ukrainian army to regroup, prepare more personnel and receive a large amount of weapons from partner countries. No weapons will work without professionally trained military personnel, which makes them the most valuable element of the army. For the sake of saving lives, the entire Mariupol garrison fulfills the approved decision of the supreme military command and hopes for the support of the Ukrainian people." ...
Click to expand...

Together, the GUR of the Ministry of Defense, the Armed Forces of Ukraine, the National Guard, and the Border Guard Service launched an operation to rescue defenders of Mariupol blocked on the territory of the Azovstal plant.​

On May 16, 53 seriously injured people were evacuated from Azovstal to a medical facility in Novoazovsk for medical treatment.

Another 211 people were taken to Olenivka through the humanitarian corridor.

An exchange procedure will be carried out to return them home.

As for the defenders who still remain on the territory of Azovstal, rescue efforts are being carried out by the joint efforts of the above-mentioned agencies.

Thanks to the defenders of Mariupol, we have gained critical time to form reserves, regroup forces and receive assistance from partners.

The defenders of Mariupol fulfilled all the tasks set by the command in full.

Unfortunately, we do not have the opportunity to unblock Azovstal by military means.

The most important common task of all Ukraine and the whole world is to save the lives of the defenders of Mariupol.

An interesting comparison between RU forces apparent capabilities with small commercial type drones and improvised attack capabilities, vs the somewhat more mature capability that UKR forces have developed and demonstrated:


Putin's commanders are slaughtering their own wounded soldiers rather than retrieving them from the battlefield for medical treatment, captured Russian soldiers reveal

You know you messed up when the Swiss start going hmmm

If true, wonder if this is why Team USSR 2.0 may not be doing as well as expected? 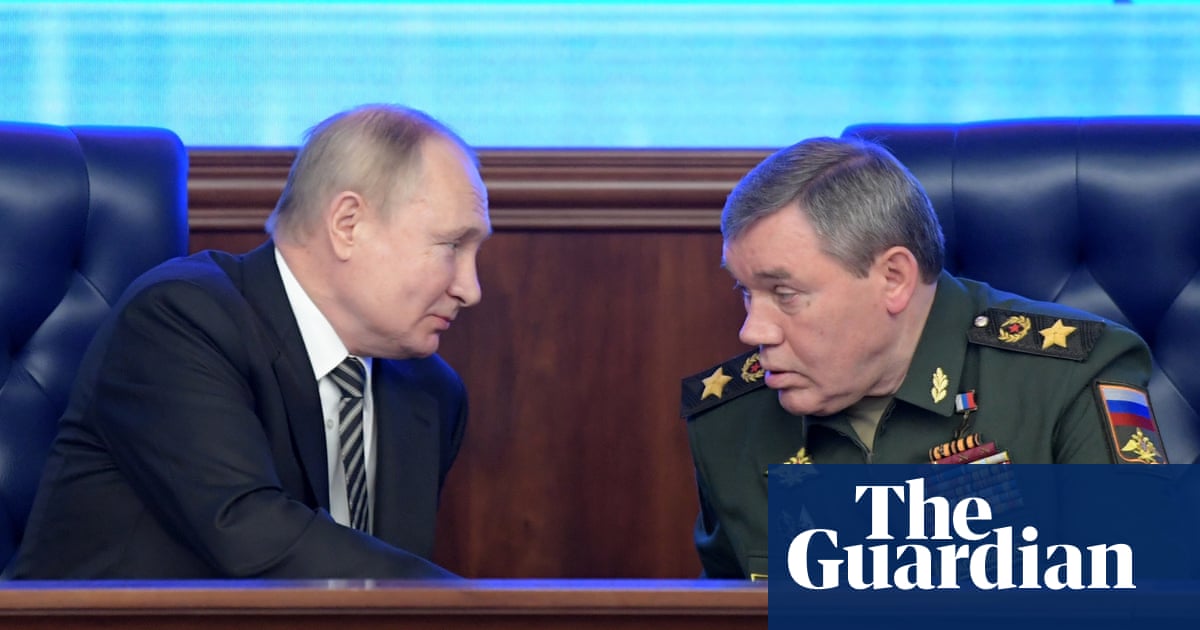 Putin involved in war ‘at level of colonel or brigadier’, say western sources

The Bread Guy said:
If true, wonder if this is why Team USSR 2.0 may not be doing as well as expected?

Putin involved in war ‘at level of colonel or brigadier’, say western sources

So he is going to rename a few schools, change uniforms, and hair regulations, and expect to solve his man power issue without addressing the root causes? Brilliant!

MilEME09 said:
So he is going to rename a few schools, change uniforms, and hair regulations, and expect to solve his man power issue without addressing the root causes? Brilliant!
Click to expand...

Now, now... I'm sure that there are heroic efforts underway - as we speak - to increase the amount of loyalty required to guarantee a good outcome for our most senior ranks

So someone decided to take an AT4 home to Russia.

On the plus side for us KIA owners, turns out a Kia can take an AT4 better then a T72 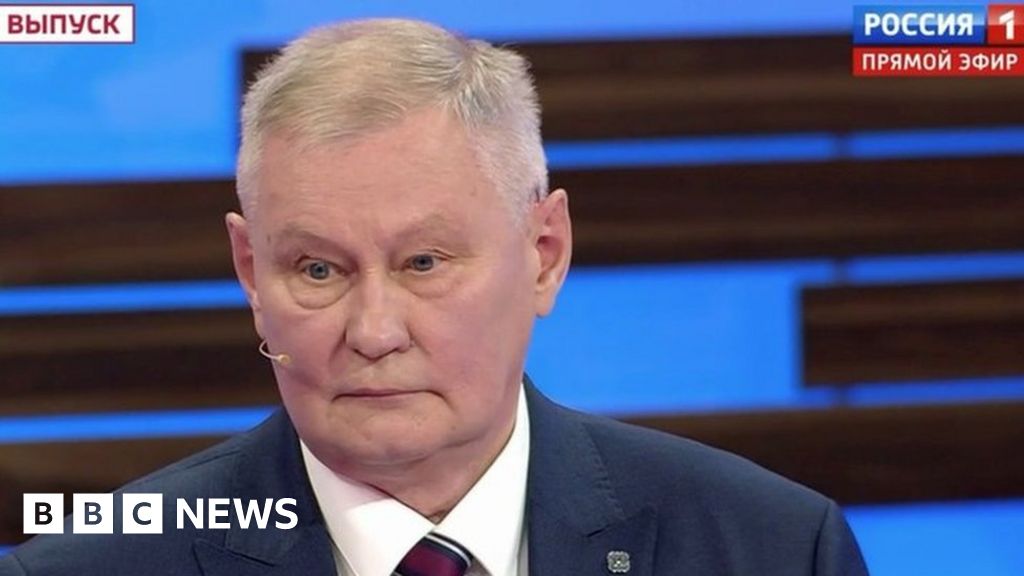 Mikhail Khodarenok gives a rare insight saying the military operation in Ukraine can only get worse.
www.bbc.com
More on this guy here (usual GIGO Wikipedia caveats)

Or from his hero Adolph!
You must log in or register to reply here.

"Why does Canada buy Mosin rifles in huge quantities in Ukraine?"

Russia’s military gamble in Syria is paying off handsomely But for how long?