Sexual Misconduct Allegations in The CAF

CBH99 said:
Usually I would agree with you on that, but in this case I’m not so sure. Like is it possible to to be so useless that there’s a negative plot point on the chart?

Like someone can be useless. But can someone be less than useless? I feel like we are about to experience some Star Trek-like mirror universe phenomenon...
Click to expand...

OldSolduer said:
Most of Canada. She was a media type prior to this iirc in Ontario. A virtual unknown in the political world until recently.
Paul Martin had been in politics for decades before he took the seat as leader of the LPC
Click to expand...

So, re-election it is for Prime Minister Trudeau, then!
C

trigger324 said:
So, re-election it is for Prime Minister Trudeau, then!
Click to expand...

Just like you don’t have conversations about Satan while playing with a Quija Board, you can’t speak about such things

Navy commander and second-in-command of the Canadian Armed Forces played golf with former chief of defence staff Jonathan Vance, who is under military police investigation for alleged sexual misconduct

Lt. General Rouleau has now stepped aside as VCDS, though he was already rotating out of that spot. But moving to medical leave, sounds like popping smoke till clear
Last edited: 14 Jun 2021


Harvard Business Review
Build Your Reputation as a Trustworthy Leader

People’s expectations and definition of trustworthiness are broadening for leaders, and it takes a lot to gain that trust. The author offers four research-based practices for leaders to master to earn and keep the trust of others. First, make your values clear, then make sure you’re living up to them. Second, treat others and their work with dignity. Third, determine when to be vulnerable and open and when to protect confidences. Finally, cultivate a sense of unity across your organization. In times of unprecedented uncertainty, it’s critical to earn and keep the trust of others every day. If you hope to enjoy a career of great influence and impact, start by cultivating a trustworthy reputation.

The findings of my 15-year longitudinal study of more than 3,200 leaders on organizational honesty for my book, To Be Honest: Lead with the Power of Truth, Justice, and Purpose, also show that to earn and keep trust, leaders must accept that reliability and integrity are merely table stakes. They don’t, on their own, earn you a reputation of being trustworthy. They may get you labeled as dependable or easy to work with, but to be trusted consistently requires more. If you want to be certain that the people you lead see you as trustworthy, here are four practices to master. My research revealed that if you do, you’ll be 16 times more likely to earn and keep the trust of others.


Build Your Reputation as a Trustworthy Leader
K

Navy commander and second-in-command of the Canadian Armed Forces played golf with former chief of defence staff Jonathan Vance, who is under military police investigation for alleged sexual misconduct

Lt. General Rouleau has now stepped aside as VCDS, though he was already rotating out of that spot. But moving to medical leave, sounds like popping smoke till clear
Click to expand...

I thought that that transition occurred in March?

That wasn't a golf game, it was a chess game.
C

This response from the average civilian on the street...is bang on.
Laurie Carleton Smith @laursmith
@CBCAlerts

I don't get how dumb these guys are. Is it just me?
C

I don't get it, how did they think this would go down? It's not like they aren't all really well recognized in the NCR to start with. Vance is a serial adulterer who basically just undermined the entire OP Honor program while abusing his authority over an extended period of time having inappropriate personal relationships with a subordinate. How else did they think it would be taken when they are publically hanging out with him? Even if the investigation doesn't find anything criminal, there is more than enough for pretty much anyone in uniform to be drummed out under an AR.

If he's your winger just have him over for a bbq or something. They are public figures, subject to public scrutiny. This send a message of public support for Vance, and just further reinforces the perception (reality?) that the GOFOs are a weird inner circle that are detached from reality. I don't get it. These are really smart people, and have been managing their public image for years.
Click to expand...

RCR...'pass no fault' they say, does this hold true still in light of current event / status quo?
C

McG said:
So, you must have missed this: 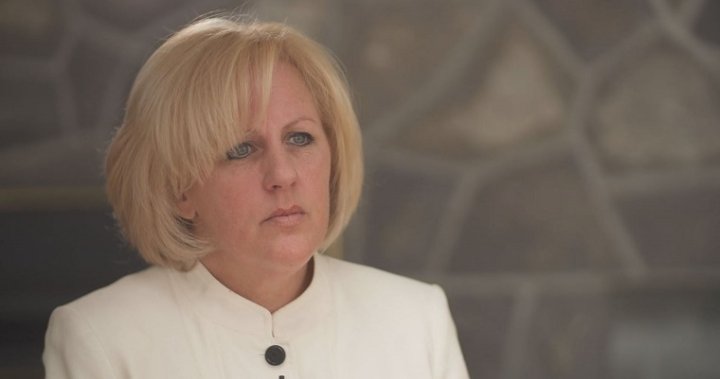 Brennan is one of the women at the heart of allegations first reported by Global News in February about former chief of the defence staff Gen. Jonathan Vance.

globalnews.ca
Brennan claims there were threats of consequences, though not of physical violence, and she claims that she felt she could not say “no”
Click to expand...

Bolded is akin to your supervisor / CoC bypassing you for career advancement / deployments / good PER ....all bad practices that you will be hard pressed to prove with facts, as opposed to if they physically assaulted you. So yeah, we all have seen and know how that works.
C

Halifax Tar said:
People don't attempt to conceal something for no reason. They knew they didn't want to be seen together for some reason. Innocuous or not, talk about a bonehead move.

My 8 year old try's to hide things under her bed, I expect more of CAF leadership...
Click to expand... 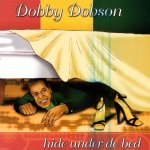 I don't get how dumb these guys are. Is it just me?
Click to expand...

Anybody want to be a GOFO?
Click to expand...

What's the financial pkg, and does it come with a staff car, free lodgings and golf course membership???? On 2nd thoughts, no thanks!
Last edited: 14 Jun 2021
L

But her hair isn't as nice.
C

Did you just make a comment about HER physical appearance? Did you JUST ASSUME SHE WANTED TO BE REFERRED TO AS SHE, SINCE SHE DIDN’T SPECIFY SHE IDENTIFIES AS A MULTI GENDERED ENLIGHTENED SPACE GOD WHO HAS COME HERE TO SAVE US ALL FROM GLUTEN??

How dare you sir... got a SHARP chit coming your way now

(or whatever they call it now)
C

Also... since I’m no longer triggered by something that doesn’t affect me in the slightest...

If she can string a sentence together without looking at a piece of paper, or talking about some woke nonsense - hire her. Just hire her.

Not like Julie Peyette style of hire. Call a reference or two just to make sure she isn’t actually insane. But then hire her.
L

1. I do not now, nor shall I ever, conform to "woke" stupidity and Marxist/Orwellian terms and tactics.

2. I know more than enough about Freeland to reject her and her corrupt and self-serving party completely.

They threw out the only member for whom I had any respect a couple of years ago.
H

Major General Dany Fortin has filed a court challenge alleging his dismissal from the vaccine rollout involved political interference by Prime Minister Justin Trudeau and two of his cabinet ministers.

Good. The CAF is just as bad at falsely accusing members as it is ignoring problems. Ignoring due process is too common IMO.
You must log in or register to reply here.

RCMP senior management under investigation by the OPP