An interesting concept, especially since they have finally built something which seems to work, unlike various US Army experimental devices dating back to the 1960's.

In terms of how much of a game changer this can be, I'll have to say I'm not sure. Totally airmobile infantry like this would suffer many of the same disadvantages of parachute inserted Airborne Infantry, since they won't be able to carry a great deal with them. OTOH, if each infantryman had a very powerful weapons system, then you might see something like "Buck Rogers in the 25th century". While this sounds like a joke, remember the conception in the comic strip was the American's could cover ground using "anti gravity" belts and had powerful hand held ray guns capable of cutting through tanks and so on.

Since powerful weapons like that are not here yet, I might suggest teaming this idea with one I posed on another thread. The USMC is experimenting with semi autonomous drones capable of orbiting overhead to provide ISR, coms and fire support using a variety of lightweight weapons (things like the "Pike" missile, essentially a M-203 warhead mounted on a small missile to give it range of @ 1.6km): http://www.nextbigfuture.com/2016/09/autonomous-drones-swarms-of-10-40.html. Other weapons like Mini Spike are also possible contenders.

This is where the real change will occur, in my opinion. Swarms of small drones will provide the sort of ISR, comms and fire support currently provided by artillery, signals units and helicopter scouts and gunships. Rather than shipping a 1500 man battlegroup to provide all these services, seacans full of drones could provide an Infantry battalion with a similar capability within the range of the "cloud" of drones overhead. The shrinking logistical demands make getting a force package in place that much easier as well, in terms of strategic transport.

Where I will disagree with Chris is what size range of vehicle is most suitable. Much like the ATV vs MTV conundrum, larger air vehicles like the DARPA ARES will allow the carriage of much more capable systems like Hellfire ATGMs or 70mm Hydra rocket pods, as well as moving troops and logistics supplies around the battlefield in significant numbers. Larger vehicles can also carry more fuel, so they can have a much larger radius of action as well.

I like the idea of a swarm full of small, semi-expendable drones supporting a contingent of ground forces, providing ISR and medium calibre fire support.

HOWEVER, I can see there being a lot of fear about leaving shot-down drones and all their munitions lying around after a battle.

Personally I think that these toys might have more value with the pioneers and mobility troop.  Another early adopter could also be the RCN.

My first inclination would be to marry the hoverboard up to to this: 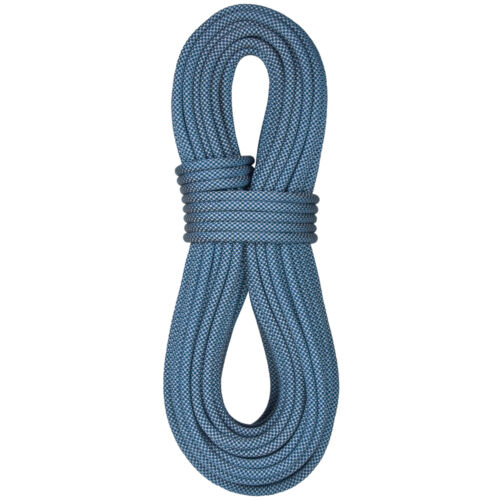 Lumber said:
I like the idea of a swarm full of small, semi-expendable drones supporting a contingent of ground forces, providing ISR and medium calibre fire support.

HOWEVER, I can see there being a lot of fear about leaving shot-down drones and all their munitions lying around after a battle.
Click to expand...

I think I fear more is the Electronic warfare element, and OPFOR trying to hack and take over the drones, cases have been reported in Ukraine of drones being hacked and then used to spot arty.

More on the ARES program. The idea seems quite clever and a useful supplement to transport helicopters, as well as getting support down to smaller and more widely distributed sub units.

The hardware is a 41-foot span, unmanned flying wing in a tiltrotor configuration. Two ducted proprotors about eight feet in diameter, embedded near a stubby fuselage, will swivel up to let ARES take off and land like a helicopter and tilt forward to let it fly like an airplane.

The fuselage will be able to carry various plug-and-play payload modules – cargo, sensors, life support gear, even remote-control ground attack weapons are among the ideas — and deliver them to troops on austere battlefields or let those troops employ them.

To lift its “useful load” — payload module plus fuel — of up to 3,000 lbs., the 7,000-lb. maximum takeoff weight ARES demonstrator will be powered by two non-tilting Honeywell Aerospace HTS900 helicopter engines in the fuselage, each generating 989 horsepower. Ashish Bagai, DARPA program manager, expects the aircraft to cruise as fast as 170 knots (195 mph), with a ceiling of 20,000 feet, and have a mission radius of about 175 miles out and back. But that’s just the demonstrator. The contractors are working toward a variant able to cruise at 250 knots with a mission radius similar to the V-22 Osprey.

ARES is now scheduled to fly next fall at earliest, a few weeks after the September 2017 flight of Bell Helicopter’s new V-280 Valor tiltrotor and Sikorsky-Boeing’s SB1 Defiant compound helicopter, both being built for the Army-led Joint Multi-Role Technology Demonstrator program

“You could take a big Chinook or a -53 and very efficiently drop 10,000 lbs. of stuff on a small unit, but then they’re no longer mobile,” Piasecki said. “They’re going to stand around and guard their food. So it’s a transition from a traditional logistics push mentality to an on-demand logistics pull mentality.”

DARPA aims for a full-featured Field Vehicle (FV) to cost around $1 million, compared to $400,000 for a Humvee and $4 million for a light helicopter

Lockheed claims their craft can be configured for several missions including reconnaissance, medical evacuation, and strike. It is to carry a detachable payload module such as a cargo pod, casualty evacuation module, light vehicle, or even a small boat. The front section of the flight vehicle has management system computers that are controlled by a ground control station to plot its flight.
Click to expand...

A somewhat different force package. Improved drones with larger payloads and longer loiter times provide the sort of ISR and firepower that normally need conventional armoured or attack helicopter assets, while robotic vehicles supply more logistics support than can be carried on a soldier's back:

1. In fiscal 2018, the Army will begin fielding improved General Atomics MQ-1C Gray Eagle drones, which carry sensors and four AGM-114 Hellfire missiles. Today, the Gray Eagle can stay over a target area eight hours at a range of 725 miles from its base, Allyn said. The Improved Gray Eagle will have greater payload capacity and near triple the range (about 2000 miles) of the existing system.

In July 2015, the Army's Gray Eagle procurement plan was amended to include the extended-range Improved Gray Eagle, purchasing an initial 36 units for the Army’s intelligence and special forces groups; the first 19 IGEs were ordered in June 2015 for the first delivery in September 2017 and completion by September 2018.

4. Future unmanned systems must facilitate movement and maneuver. Scalable control will allow drone operators and recovery teams to transfer control of their aircraft to troops in the field so they can control them during operations.

5. Future unmanned systems must help protect soldiers. Robots of the future need to be able to find deeply buried IEDs and detect other threats.
Click to expand...

I'm all in favour of leveraging emerging technologies to make our military more effective, however I wonder at what point to expensive solutions get trumped by an opponent that values multiple human "platforms" less than our technological ones?

I'm very much in the No category for wide spread drone use until we can protect them from jamming and hostile take over better. Might not be the best example but there are reports in Ukraine of Russian EW taking over Ukrainian drones, using them to spot arty, and then returning them to Ukrainian control before they even know whats going on.

WRT drones, there are many valid concerns, but the reality is *we* are not going to have a multiplicity of "human platforms" for decades, if ever, based on government funding and longer term, demographics.

As for air mobility, the Israeli firm Urban Aeronautics unveiled video of the "Cormorant" (formerly Air Mule) taking off for an autonomous flight. People who may have followed this will remember the vehicle is designed to act as an air ambulance or section carrier, using ducted rotors and a series of vanes to provide lift and control in flight. It would be interesting to see how this compares to utility helicopters in terms of price and operating costs. Some videos at link:

In January of this year, the Air Mule took its first flight: a short, wobbly hop from the side of a parking lot to a space a modest distance away. On Tuesday, Air Mule makers Urban Aeronautics announced two major feats for the Air Mule program. The first is a new name: Cormorant, after the family of coastal birds. The second is a full, autonomous flight on a preplanned route.

Urban Aeronautics’ Fancraft™ technologies comprise an extensive portfolio of patented innovations that transform a basic ducted-fan design into the foundation for a new family of aircraft, uniquely suitable to urban environments, known as Fancraft™.

Three of the core aerodynamic breakthroughs are:

A “Vane Control System” (VCS), that is comprised of a cascade of vanes at both the inlet and outlet of the ducts that can be deflected either in unison (top and bottom) or differentially to generate either pure side force or pure rolling moment. The ducts (front and back) can also be deflected differentially to generate yaw. The bottom line is that the VCS generates 6 degrees of freedom entirely independent of one another and, for the first time, we have a vehicle that can move sideways without the need to roll and vice versa. In addition, the VCS generates such a great amount of control power that the vehicle can withstand gusts of up to 40 knots.

A set of louvers or similar devices at the front of the forward duct and rear of the aft duct that open during forward flight to allow the incoming flow to move through the duct and thereby greatly reduce drag to enable forward speeds of up to 120 knots.

Close aerodynamic tailoring between the lift rotors and the fuselage whereby the fuselage itself functions as an airfoil and generates sufficient lift at high speed (50% of what the aircraft requires) to be able to off-load 50% of the needed lift from the rotors.

In parallel to the 'standard' Fancraft™ design, Urban Aeronautics has developed a unique, patented Fancraft™ configuration that has the potential of obtaining cruise speeds in excess of 200 Kts. This high speed variant is designed in response to operational requirements in the USA and other countries for a ducted fan, high-speed, unmanned cargo delivery capability.

High speed performance is accomplished primarily through a "stagger" built into the three main components of the vehicle: forward fan, centre fuselage and rear fan. A horizontal stabilizer is also mounted at the rear of the vehicle and canted sharply upward.

On the ground and in hover the fans are essentially horizontal to the ground. When in cruise flight the vehicle tilts forward so that the lift fans are acting partly as thrusters. Lift is distributed throughout the fuselage via a unique geometry that interacts aerodynamically both with the incoming flow and with the two fans mounted fore and aft.

The vehicle's vane control system and other company-patented aerodynamic and flight control provisions further enhance the design with regard to safety, gust capability and noise.

UrbanAero's Fancraft™ technologies are patented with 39 patents already granted and 8 additional in the process.
Click to expand...