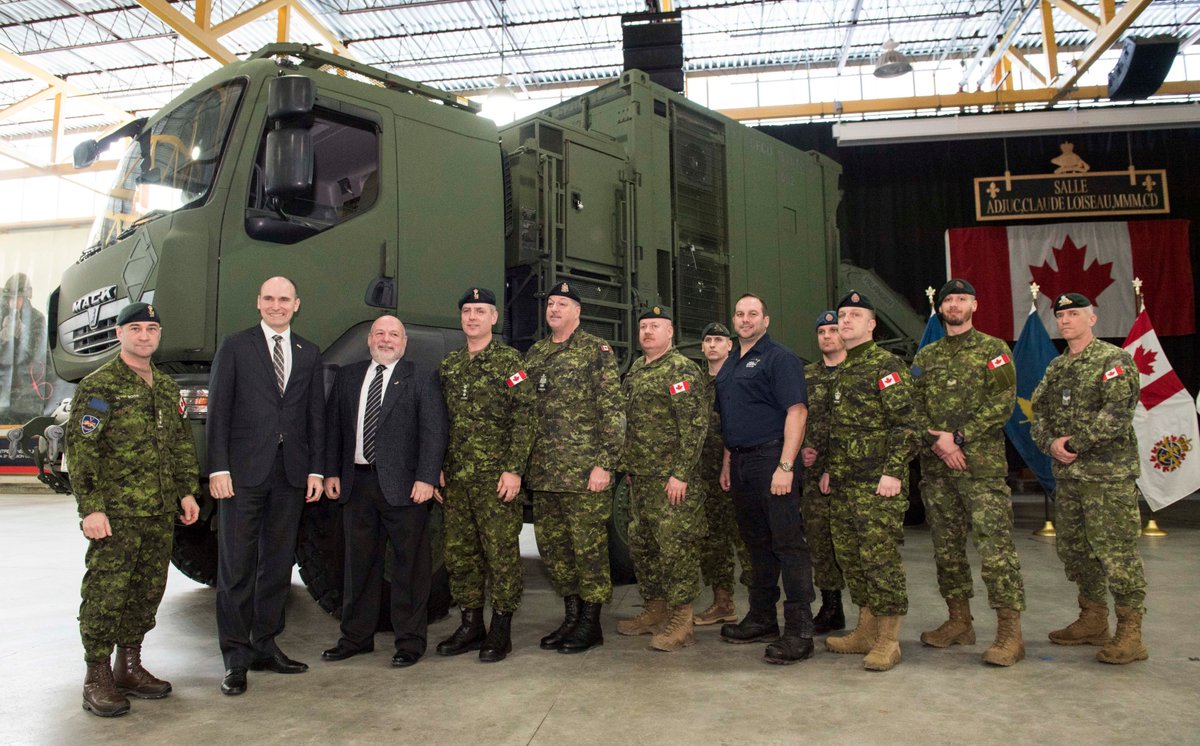 Today, Families, Children and Social Development Minister Jean-Yves Duclos, on behalf of Defence Minister Harjit S. Sajjan, visited members of the Canadian Armed Forces (CAF) at 2nd Canadian Division Support Base Valcartier to see Canada’s new logistics trucks delivered to the base. These trucks support Canada’s defence policy, Strong, Secure, Engaged, in delivering the modern equipment the women and men of the CAF depend on to do their jobs.

Support vehicles like these trucks form the backbone of ground transportation for our Regular and Reserve forces. They are at the heart of nearly every domestic and international CAF operation, moving critical equipment, personnel and supplies to wherever they need to be. Whether helping Canadian communities deal with severe flooding or other national disasters, or supporting NATO operations in Latvia and throughout Eastern Europe, these new trucks will serve our women and men for decades to come.

Of the over 1500 trucks purchased, nearly 450 will be based in Quebec, to be used by CAF units, including Reserves. The trucks will come in five variants ranging in use and size from regular cargo to cargo trucks with a material handling crane. The cabs can also be swapped out for an armoured cab for use in high threat environments.

The purchase of these trucks is subject to Canada’s Industrial and Technological Benefits (ITB) Policy, which means that for every dollar the government spends on major defence purchases, the winning contractor must put a dollar back into Canada’s economy. Through this policy, the government’s purchasing power is being used to support innovation and create well-paying middle-class jobs.

“Through our defence policy, Strong, Secure, Engaged, we are providing the women and men of our Canadian Armed Forces with the equipment they need to do their jobs. Logistics trucks are essential component for how our Canadian Armed Forces members conduct their important work. That is why I am pleased to see these new and modern vehicles being delivered to Valcartier and other locations across Canada to replace and modernize the current fleet of medium weight logistic trucks that have reached the end of their service life.”


“I am very pleased to see these new trucks being delivered to Valcartier for use by a number of Quebec-based units. Whether for overseas operations or to provide support to local communities during spring flooding, these trucks will help our Canadian Armed Forces members get the job done."

- In July 2015, the Government of Canada awarded two contracts to Mack Defense, valued at a total of $834 million, to deliver new trucks, trailers, armour protection systems and in-service support.

- Across Canada, more than 1500 trucks, 300 trailers, and 150 armoured protection systems are expected to be delivered over the next two years.

- The new trucks have the ability to carry up to 9.5 tonnes.
Click to expand...

Let's hope these aren't a colossal disaster like the TAPV....
Y

Also hope that the armoured cab is easily accessible and quick to change when you want it
You must log in or register to reply here.