Bill and Melinda Gates announce end of their marriage

Bill and Melinda Gates announce end of their marriage​

Pair plan to continue work at their philanthropic foundation, according to statement


Bill and Melinda Gates said in a joint statement on Monday that they are ending their marriage.

The pair, who launched the world's largest charitable foundation, said they would continue to work together at the Bill & Melinda Gates Foundation. The foundation, which launched in 2000, currently has over $51 billion US in assets, according to a tax filing cited by CNBC.

In identical tweets, they said they had made the decision to end their marriage of 27 years. The financial details of the decision were not immediately clear.

"We have raised three incredible children and built a foundation that works all over the world to enable all people to lead healthy, productive lives," they said in a statement. "We ask for space and privacy for our family as we begin to navigate this new life."

Last year, Bill Gates, co-founder of software giant Microsoft and formerly the world's richest person, said he was stepping down from Microsoft's board to focus on philanthropy.

He was Microsoft's CEO until 2000 and since then has gradually scaled back his involvement in the company he co-founded with Paul Allen in 1975. He transitioned out of a day-to-day role in Microsoft in 2008 and served as chairman of the board until 2014. 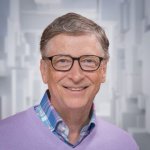 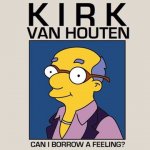 Well that certainly was unexpected.

Meanwhile, in other news. Young Levi, down the block, is having his Bar Mitzvah. Also Chad and Karen are calling it quits because they can't decide who has more white angst.

Can't wait to see what kind of crazy story the conspiracy theorists will make out of this one.

PMedMoe said:
Can't wait to see what kind of crazy story the conspiracy theorists will make out of this one.

If you want to see crazy, swing by CGN and look in the survival section... The two COVID threads will make your head spin.

Furniture said:
If you want to see crazy, swing by CGN and look in the survival section... The two COVID threads will make your head spin.
Click to expand...

Oh I bet. I get enough crazy on Facebook's rabbit holes. 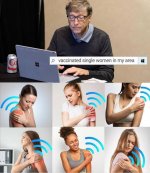 Fire under control aboard the nuclear submarine "Pearl"

A legend has passed; Kirk Douglas dead at 103.